Upping the Ante on Brainstorming:  5 tips to increase group creativity and productivity 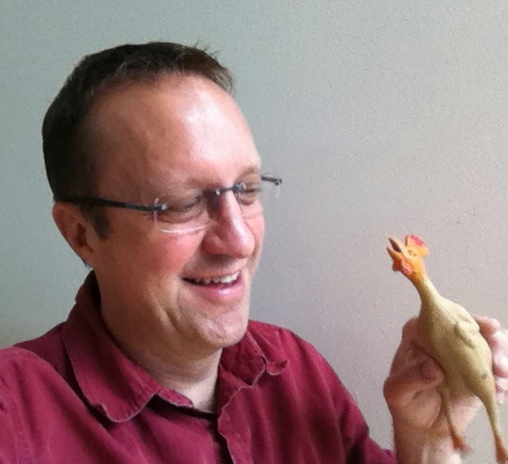 Next time I’m planning an idea-generating session, I’ll consider suggesting that we invite a few new people to the group who can offer a novel take. Maybe I’ll even throw a rubber chicken into the circle when things are running along a predictable path! ~ Michael Culliton

For years I have used “brainstorming” to help groups generate creative responses to important and challenging situations. Recently, I’ve run across several things that have led me to realize that if I really want to help groups cultivate and amplify creativity, then I need to do some things differently.

The journey began with reading James Zull’s The Art of Changing the Brain as preparation for Dr. Jane Vella’s plenary session, “The Biology of Learning,” at the October 2013 International Dialogue Education Institute. This has heightened my curiosity about learning, creativity and the brain and led me to, among other things, a fascinating interview with Rex Jung, a professor of neurosurgery and a clinical neuropsychologist talking about creativity and the everyday brain.

It was in the interview with Dr. Jung that I heard the bad news:  my beloved brainstorming was not a healthy host for creativity. The studies supporting this conclusion are presented in a New Yorker article by Jonah Lehrer, “Groupthink: the brainstorming myth.” (If you are interested in a thorough and nuanced explanation of the research mentioned below, I highly recommend the article.)

Based on the research presented in the article, here are five things I plan to do differently.

I’m looking forward to playing with these changes in the idea-generation process and to discovering how these revised practices help me and the groups of which I am a part to be even more creative and productive.

What ideas come to mind for you?

What might a Dialogue Education-based idea-generation process, one that puts the research outlined above into practice, look like?

How might a Dialogue Educator introduce such a practice to a group or in meeting?