I could have titled this blog post “The Travelling Consultant’s Nightmare” but I’ve opted for “Turning Lemons into Lemonade.” This is a story of turning a bad story into a good one!

When you were a child, did you ever hear the riddle: What’s the most important thing to have at a party? Common answers included:  food, party games, balloons… but, the right answer was fun! The moral of this riddle has stayed with me all these years:  when planning something you care about, don’t get so lost in the details that you forget what’s most important.

Global Learning Partners, Inc. (GLP) was invited by the International Budget Partnership (IBP) to develop a learning program for INESC – a renowned organization in Brazil devoted to human rights and social transformation. The planning started about six months in advance and dates were protected in everyone’s calendars for a three-day intensive course which I would facilitate in Brazil.

We conducted a learning assessment, adapted a course on dialogue-based learning to fit their unique context, and had all the course materials and visuals translated into Portuguese. I had time to do all the little things that one does when traveling for work:  finalize my daughter’s camp schedule, make sure my husband had everything he needed to solo parent, pack a week’s worth of supplements and travel snacks, get a good novel for the plane, and gather some small gifts for the group. You know the drill.

As an adult learning specialist who has consulted with organizations and communities around the United States and in 19 different countries for over three decades, I thought I knew what was most important when planning a trip. I retrieved my passport and GOES traveler card from the safe deposit, and carefully reviewed the itinerary I’d been sent. But, the day the uber dropped me at the airport (nearly an hour from my house in Rhode Island) and I went to check in, I was stopped dead in my tracks:  “What? A visa?” “Yes, you need a visa.” I was not going anywhere.

How had I missed that? I seethed all the way back home.

Interesting questions, but none of them would get me to Brazil.

So, we built an alternative plan.

Two IBP staff had graduated from a series of courses with GLP and showed a deep commitment to the principles and practices of dialogue-based learning. We all agreed they were ready to facilitate the learning “on the ground” in Brazil. I was in awe of Alex Ciconello’s last-minute flexibility and skill as a facilitator, as well as Aideen Gilmore’s attention to both details and people. I joined the group each day and all day via a large screen. The interpreters were super effective at their simultaneous translation to and from me, via headsets. We were a mutually-supportive team and, because of the commitment to a common set of principles, it worked!

But, that wasn’t what made it good.  The good part was how my not being physically there shifted the dynamic and created space that I’m not sure would have been there otherwise. I listened even more deeply than I would have had I been in the room. I was forgotten at times, as the group passionately exchanged doubts and ideas. I watched and asked to speak when I had something to contribute. The participants talked far more than the facilitators did and seemed very comfortable voicing their disagreements with what was being taught. For example, at the close of Day One we invited their thoughts on the course so far and in all my years I’d never heard such critical feedback! They critiqued the examples we’d chosen, the models we shared, and the priorities we’d set. They underscored their commitment to the tenets of Popular Education – which grew from their soil through Brazilian educator, Paulo Freire – and questioned the connections between what we were teaching and that philosophy which they know so well. 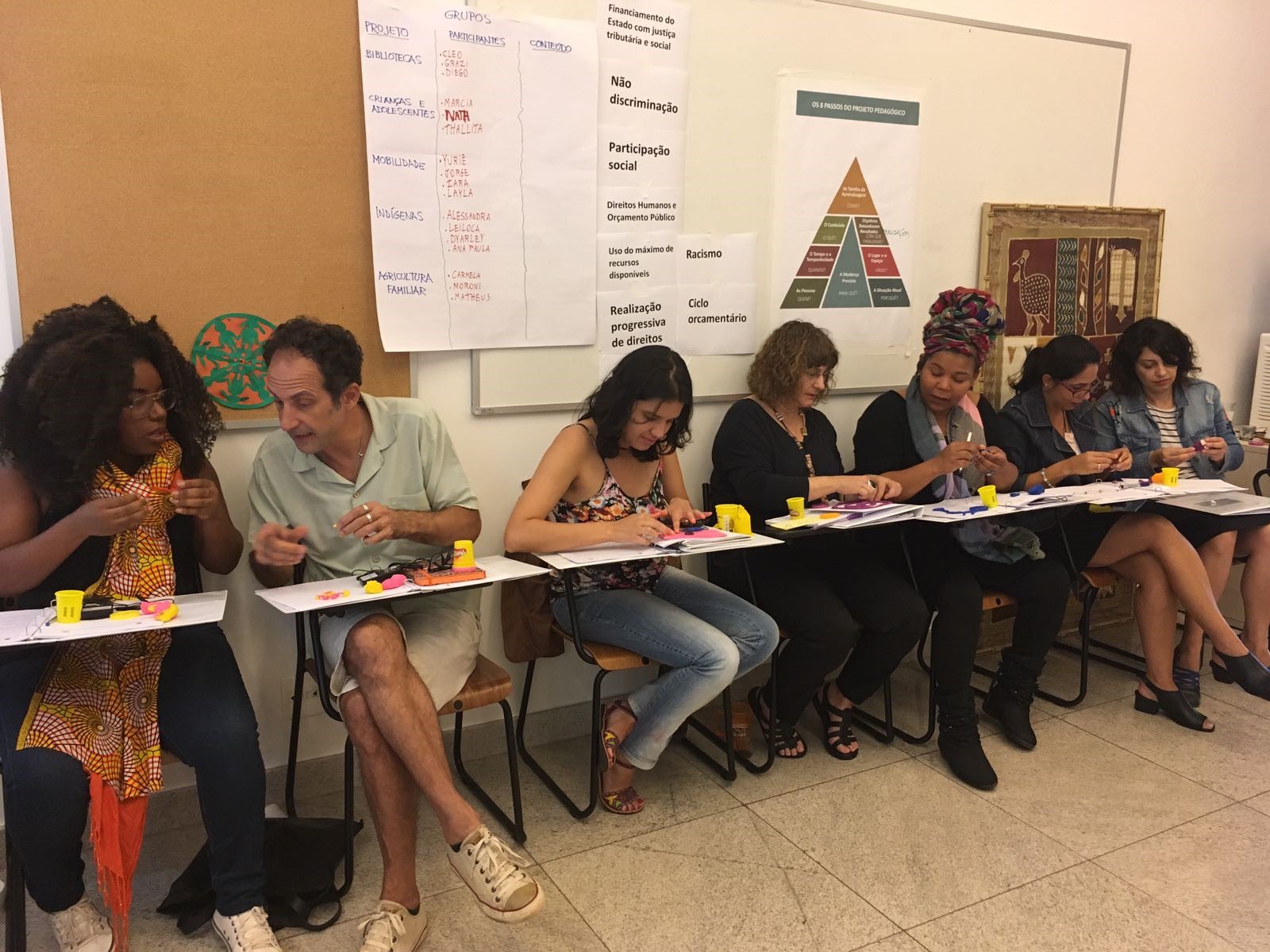 That night, our facilitation team made adjustments to the course in direct response to the feedback we received. First thing the next morning, we invited the group to express the essence of Popular Education in words and in sculpture (see images above). From then on, we connected what we had to share back to that philosophy. And, we did so in true dialogue.

Everything shifted – they engaged in the course content, and made it their own. I don’t know if any of this would have happened had I been in the room, leading the course and creating personal connections in the way I usually do. My distance – and the skills of those in the room – created a safe space for true dialogue.

What training or facilitation story can you tell where a bad story turned to good?

Valerie Uccellani is a GLP co-owner and Managing Partner of its consulting network, as well as a Senior Consultant and Trainer with GLP.