Prakesh handed a worksheet to each trio of participants. Then he directed us all to the poster hanging on the wall behind him, which his teammate had just walked us through, and explained how we could use it as a guide for completing the worksheet. As we got started, he stopped by each group to see how we were doing. Then, he and his two teammates stood attentively off to the side of the room while we worked.

As my group began completing the handout, I couldn’t help but smile.

I smiled because the handout followed the eight steps of design we had taught in the first session of the School for Youth Ministry Trainers (SYMT) and as taught by Global Learning Partners. It was gratifying to see that Prakesh and his team not only remembered the steps but considered this way of working valuable enough to pass on.

I smiled because the handout reflected their local context. For example, we had to mark whether the members of the youth group would be boys, or girls, or both. That wouldn’t appear in a planning worksheet in the United States. But in rural India, a mixed gender group requires special consideration.

But mostly I smiled because of the change in their teaching style was demonstrated by that handout. Six months before, in the first session of the SYMT, these three individuals had designed and lead a module that consisted of three mini-sermons, a few questions, and a brief skit. All three of them are pastors and it showed.

Now, despite the fact that they had received no additional training since SYMT 1, they showed significant progress in their ability to design and facilitate learner-centered training. This transformation from talkers/presenters to facilitators was so remarkable I continue to wonder how it happened. 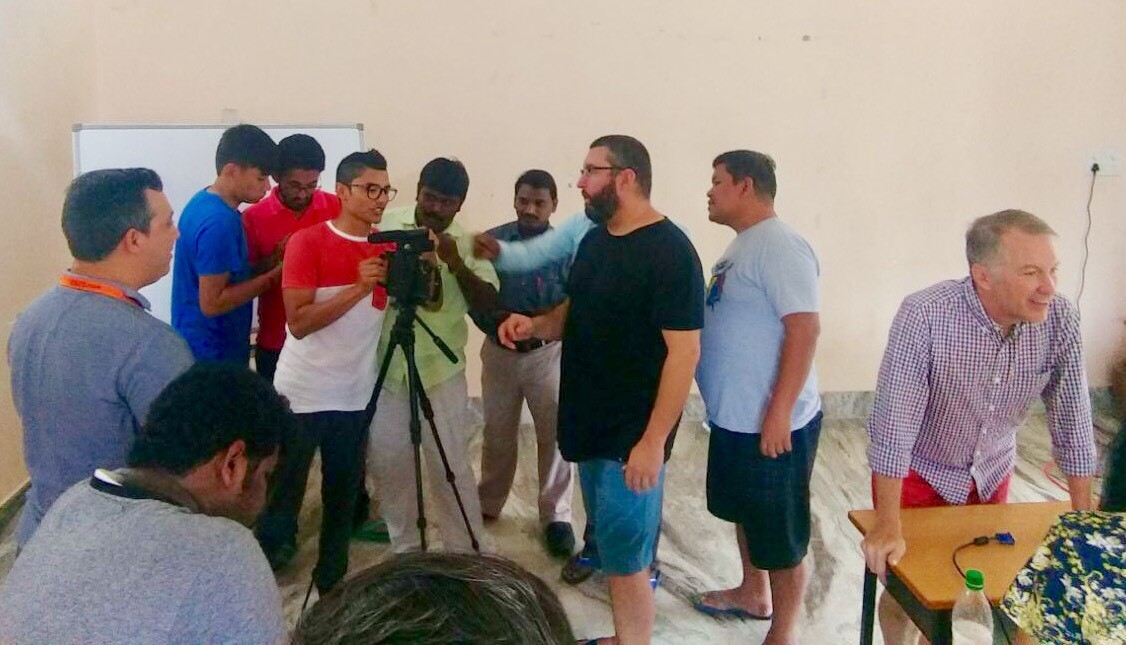 I discovered four important things about teaching and learning:

One of the great pitfalls of cross-cultural training is passing on a model. This is especially dangerous when the method was designed for a different context and if the learners don’t understand the principles that make it work.

So, instead of teaching specific methods, my husband and I focus on universal principles and then give space for learners to think through how to apply those principles in their context. For example, instead of telling youth leaders to organize an annual camp, we explain that youth benefit from spending concentrated time with their leader and with other youth. A leader in the Philippines may take 300 teens to a hotel at the beach while in India a leader may climb a mountain with three young men.

As a result, we were surprised to see how much the SYMT participants learned by using our curriculum as a template. Because it was designed according to principles of Dialogue Education (a learning-centered approach), using it reinforced their learning of those principles. Like training wheels on a bike, using the template also gave them confidence in their new skills and let them experience the power of “learning by doing”.

Think of a time you copied someone else’s method. What were the benefits? The dangers?

Annette Gulick (annettegulick@gmail.com) and her husband Tim have mentored and taught people from 33 countries as they provide resources and training for global youth workers with One Challenge International (www.onechallenge.org). After living ten years in Mexico and five in Argentina, they are currently nomads whose roll-on suitcase is their closet and backpack, their office. If you’re interested in resources in Spanish for working with teens and young adults, check out their web site, www.ParaLideres.org, and its channel on YouTube.