Learning about Dialogue in Middle School

I first learned about Global Learning Partners (GLP) and Dialogue Education about ten years ago when I started working for them. Since then I have applied the principles and practices not only in my work life, but also in my personal life. Most recently, I started using it in my role as Student Council Advisor at my local middle school.

Since our staff and consultants work globally, we deeply value any in-person time we get with each other. In 2017, we had one of these valuable face-to-face work sessions in Raleigh, North Carolina. During this trip Dr. Jane Vellainvited us to her home for a mini-learning session. There we were asked to participate in a learning task about a concept from her book “On Teaching and Learning.” The concept of resisting vs. suspending immediately resonated with me. I instantly started jotting notes and planning ways I could introduce this concept to my politically diverse family members and to the Student Council I was involved in!

I spent the next few weeks designing a Student Council activity for 7th and 8th graders. Here’s what I did:

“When we listen to someone speak, we face a critical choice. If we begin to form an opinion we can do one of two things: we can choose to defend our view and resist theirs. Try to get the other person to understand and accept the “right” way to see things (ours!). OR we can learn to suspend our opinion and the certainty that lies behind it. Suspension means that we neither suppress what we think nor advocate for it.”

a.      Building a border wall along the United States/Mexico border

They wrote their position on the hot topic on their balloon. When they modeled resisting, the words were in their face indicating defense of their own view and resistance of the other’s view.

4.  Then, I asked the kids to write examples of evidence of dialogue on Post-it notes. Some of their examples included:

b.      When people are talking and listening

5.  Next, we discussed what exactly listening is and what are actions associated with listening. Once again, they jotted their ideas on Post-it notes and took turns presenting their answers to the group.

6.  Finally, it was time to practice what they learned. The kids split into groups of four (with two teams of two) and picked a hot topic of interest. One person in each team held the balloon and the other person engaged in dialogue. If the kids engaging in the dialogue started to show signs of resisting, the balloon holder would pull the balloon down as a reminder that they weren’t suspending or truly listening to the other person. The student would then work harder to practice modeling suspending.

I was so happy to see the Student Council kids truly engaged in this activity from start to finish! The learning was powerful and impactful. Days later, I had teachers approach me to let me know that kids were still talking about resisting and suspending in their classrooms.

I’m excited to continue using the principles and practices of Dialogue Education to enrich the work and learning of Student Council this year!

How do you engage young people in their own learning?

Rebecca Kerin-Hutchins(rebecca@globallearningpartners.com) is a co-owner and Finance & Contracts Manager for Global Learning Partners. She is also the Student Council Advisor at Barre Town Middle & Elementary School. She resides in Vermont with her husband and four children. 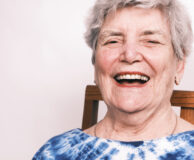 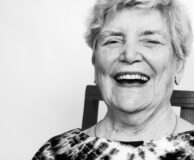