Aideen Gilmore joined IBP in February 2016 and is based in Washington, D.C.  As Senior Program Officer, Aideen contributes to the Training, Technical Assistance & Networking team’s efforts to build CSO capacity to perform analysis of and advocacy on public finance and fiscal justice issues.  Prior to joining IBP, Aideen was an independent consultant conducting research, policy analysis, evaluation and strategic support on issues of human rights, equality and justice for a range of international and national civil society organizations.  Aideen was previously Deputy Director of the Committee on the Administration of Justice (CAJ) – a leading human rights nongovernmental organization in Northern Ireland – where she was responsible for leading and developing the organization’s policy and advocacy strategy.  Aideen also previously worked in the Human Rights Unit of the Department of Foreign Affairs in Dublin.  She graduated with a BA (Hons) in Government and Law in 1996 and an MA in Administrative and Legal Studies in 1997, both from the University of Ulster.

Put Yourself in Someone Else's Shoes

School of the 80's: Learning from Stillness and Suspending

Onboarding is a Dialogue Too 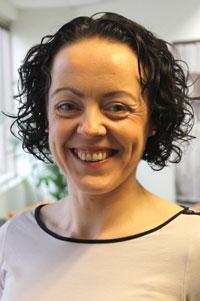