(Note from GLP:  We hope you enjoy learning a bit about our friends at Meta-Culture in India!)

How do you get people to listen to each other’s side of the story when, because of a number of social, cultural, and historic reasons, different groups have been more averse to fighting each other than understanding? For the past 9 years, Meta–Culture has been doing just that—and succeeding. Founded in 2005 by University of Massachusetts-Boston alumnus, Ashok Panikkar, and based in Bangalore, India, Meta–Culture is South Asia’s first specialized organization dedicated to the field and practice of conflict resolution, consensus building, relationship management, and dialogue.

Although establishing the field in India has been fraught with challenges, Meta–Culture is steadfast in its endeavor to fulfill its mission: build sustainable communities by changing how people address conflict and make decisions. Its aim is to assist conflicting stakeholders first understand and respect each other’s perspectives, and then apply their diverse thinking to joint problem solving. The result is better decision–making, more sustainable agreements, smarter policies, and stronger and more peaceable communities. This is done, in part, through creating more robust processes for dialogue throughout India, South Asia, and beyond in order to fundamentally change both society as well as how it addresses conflict.

Dialogue is a methodology that focuses on the skill and process of having critical conversations, and is used to help individuals or groups with differing views and beliefs to engage in focused and productive conversation so that they deepen their understanding of each other. Dialogue is not debate! With the help of an impartial “third party” facilitator, participants in a dialogue process agree to cease rhetoric and argument, and instead strive to communicate respectfully, listen to each other, and ask questions to improve their understanding. They talk about their experiences and values, and the why behind what they believe. Perhaps most important, dialogue challenges participants to suspend judgment of their counterparts, dispel stereotypes, and enable openness to perspectives different from their own.

The goal of dialogue is not to solve problems or create agreements. Although dialogue may lead to opportunities for collaborative action, the process aims to help people learn about each other and discover common concerns. Dialogue is also a necessary process for creating and enhancing participatory democracy in society. Dialogue is, in part, at the core of participatory mechanisms, and when coupled with civic engagement, makes for vibrant and peaceable communities.

In the mid–1900s, the Russian philosopher and semiotician, Mikhail Bakhtin, developed a theory of “dialogue” that highlighted the power of discourse to enhance individuals’ understanding of multiple perspectives and create a range of synergistic possibilities. Later, David Bohm of the Massachusetts Institute of Technology developed a practical form of “dialogue” where, in a conversation facilitated by an impartial third party, groups explore their assumptions and the social effects of these assumptions. In Bohm’s dialogue, participants agree to cease debate and persuasion. Instead, they speak from their own experience on topics presented to them by the facilitator and other participants. Through its evolution as a form of dispute transformation, dialogue has come to be recognized as a structured process for helping groups share perspectives, resolve conflicts, and achieve sustainable change.

An effective dialogue process requires the skilled facilitation of an impartial “third party,” someone with no direct stake in the issues or any bias towards any of the participating stakeholders. The role of a dialogue facilitator differs from that of a moderator, whose aim it is merely to organize discussion and ensure that those who wish to speak get a chance to do so. In contrast, the role of the dialogue facilitator is to:

The Role of Dialogue in India and South Asia

With over 1.25 billion people, and more religious, linguistic, caste, and sub nationalities than Europe, India is a country that desperately needs expanded processes for dialogue. Over the past nine years, Meta–Culture has focused its attention on bringing collaborative processes such as dialogue to areas as diverse as communities, interreligious disputes, and multi–stakeholder disputes.

Community dialogue refers to providing a facilitated platform for residents to voice their concerns and engage with each other. Over a one–year period from June 2008, Meta–Culture organized and facilitated community dialogues open to individuals living and working in the Bangalore metro area. The series, entitled Bengaluru Speaks, created a space for residents of Bangalore to engage in focused and productive conversation about issues that matter to them but which were difficult to address, rarely spoken of in a public setting or have yet to be resolved by Bangalore’s public officials. After five years, it is now being restarted in the summer of 2014.

Meta–Culture’s interreligious dialogue stems from the growing divide between Hindus, Muslims, Christians, Sikhs, and other faith groups. Tensions between these groups have often erupted into inter–religious conflict and rioting, and Meta–Culture is taking a proactive step in helping to address these differences in constructive ways. In 2007, Meta-Culture launched the Inter-Religious Dialogue, a 12–session dialogue process between leaders from the Hindu, Christian, Muslim, and Buddhist communities. Later in 2012, Meta–Culture founded the Karnataka Hindu–Christian Inter–faith Dialogues in response to attacks on churches in the city of Mangalore, which is currently in its second year. It involved designing and developing a process to create a safe space for key representatives of both communities to engage in honest discussions about contentious communal issues, build relationships based on understanding, trust and respect and enhance local capacity for peaceful conflict resolution, community building, and consensus building. A project that has now developed, in part, to the success of the Hindu–Christians dialogue, is a new dialogue series between Hindu and Muslim community leaders currently being developed, and started March 22nd, 2014.

Engaging in Multi–stakeholder dialogue is the third key area of Meta–Culture’s work. Two examples of successful projects include the Bangladesh Brick Manufacturing Stakeholder Dialogue and the Garment Sector Roundtable. Held in 2013, the primary issue of focus of the Brick Manufacturing Stakeholder dialogue was the increasing pollution caused by the brick kilns in Bangladesh and the consequences of this on public health. The participants included representatives of government agencies, brick kiln owners, brick dealers, international funding agencies, academic institutions, and non–governmental organizations. This was the first time that a multi–stakeholder dialogue of this kind had been conducted in Bangladesh. Stakeholders who were unable to communicate with each other earlier came together to brainstorm issues of common concerns and agree on a set of issues to be of collective priority. 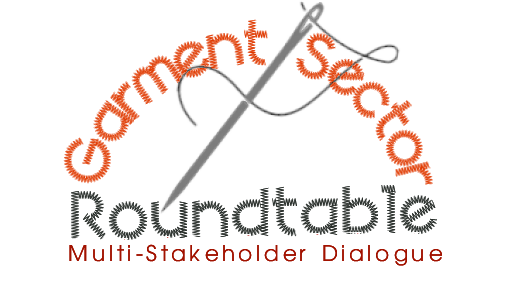 The Garment Sector Roundtable was a two and a half year dialogue process that brought together various stakeholders in the garment sector with historically competing interests and adversarial relationships. Launched in 2011, Meta–Culture acted as a third–party convener and facilitator of this process in order to create a multi–stakeholder group capable of discussing differences, identify common interests and taking collaborative action to initiate systemic changes within the industry. Stakeholders acknowledged that, in the absence of this dialogue process, primary operations in the sector faced the threat of being outsourced to other regions in South Asia. The stakeholders included multi–national brands, domestic manufacturers, industry associations, government, trade unions, NGOs (international and domestic), and research institutions. Over a period of two and a half years, the Roundtable participants dealt in depth with three key issues of the garment sector through, collaborative brainstorming, and consensus building. Also, two work groups were formed to conduct primary research and take outcome–oriented actions on specific issues, both of which are ongoing projects. Learn more about the GSR in these videos and case study.

Facilitating Dialogue: Internationally and Beyond

Meta–Culture’s experience with dialogue extends beyond borders and processes. For instance, Meta–Culture was asked in early 2013 by Mediators Beyond Borders–International to assist with a dialogue initiative to design, organize, and conduct dialogues to address migration issues in Athens, Greece. The increasing numbers of migrants to Greece who come in search of better opportunities has led to violence, hatred and political turmoil, fracturing communities in the country. This dialogue initiative aimed to address this sensitive issue by engaging key stakeholders in structured dialogue sessions. The participants included representatives of migrant organizations and communities, government officials, political and community leaders, religious organizations and police officials. 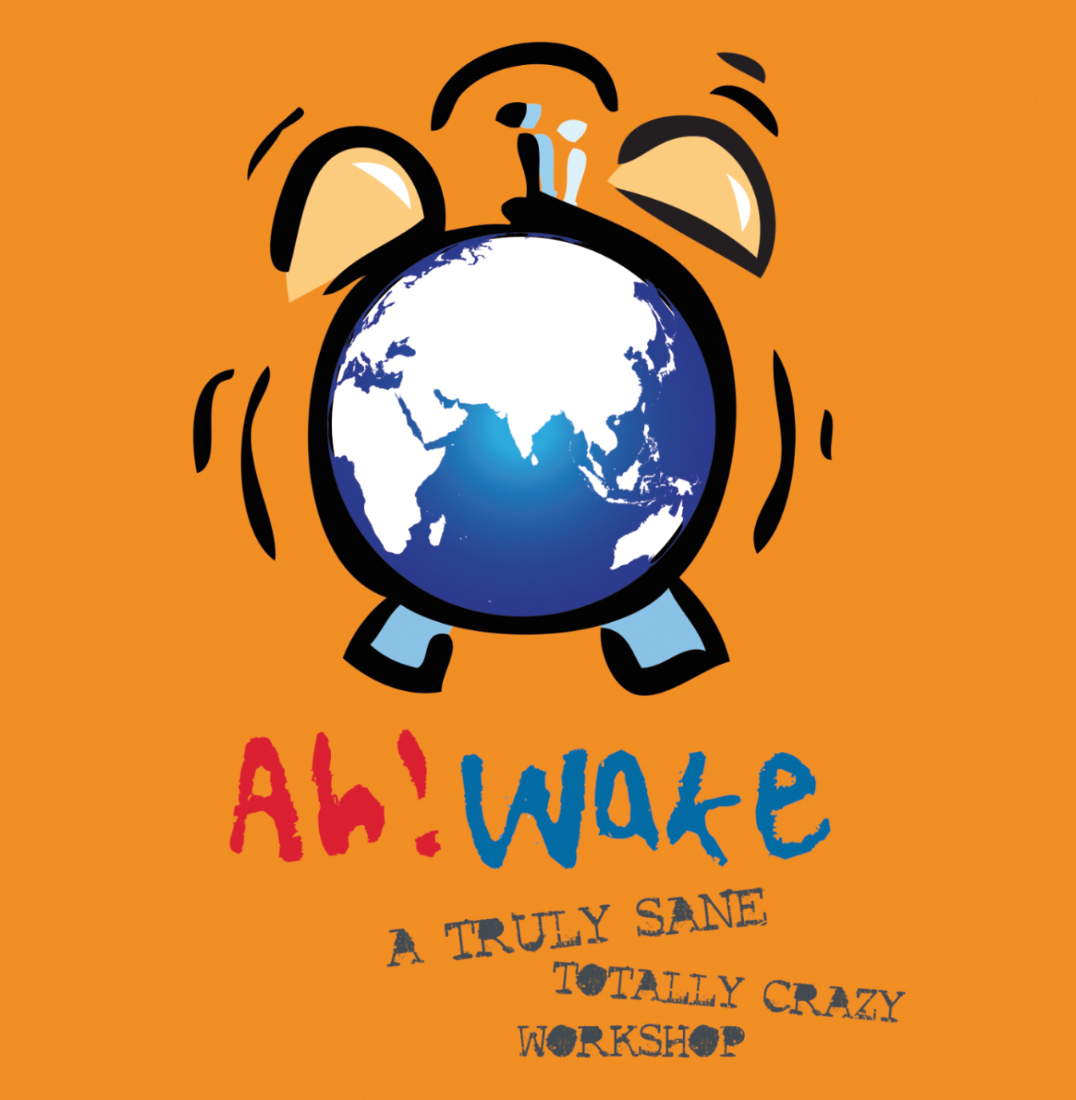 Aside from this, Meta-Culture hosts a 4–day residential workshop called Ah!Wake to learn creative and effective mechanisms to manage complexity, diversity, conflict, and change. This experiential and unique program is, in equal measure, philosophy, critical thinking, creative problem solving, self–reflection, and skill building. Participants emerge with a wholly unique way of understanding themselves, others, community building, participative democracy, and what it takes to manage differences through dialogue and collaborative problem solving.

Lastly, Meta–Culture recently launched the Public Intelligence Project—an initiative that seeks to better manage diversity and reduce conflict through more effective participatory democratic methods, and by giving voice to the voiceless. Established in 2013, the Public Intelligence Project is an independent, non–partisan, not–for–profit organization that seeks to promote more proactive ways to manage diversity, mainly by advocating for better methods of addressing public differences and empowering silenced voices. We believe that by creating a “culture of democracy”—a social and political environment that is marked by strong civic and community engagement and public participation in the decision–making processes—governance can be significantly improved, and conflict can be prevented. The foundations of that culture are built on dialogue, critical thinking, diversity of thought, perspective, and opinion, and freedom of expression and dissent, and the Project seeks to develop these capabilities through research, education, and advocacy.

To find our more about Meta–Culture’s work, check out our case studies, watch the videos on our YouTube Channel, or e–mail us at: info@meta-culture.in!

In recognition of Meta–Culture’s efforts in India and the region, Meta–Culture was the 2010 recipient of the Outstanding Leadership Award of the International Committee of the Association for Conflict Resolution (ACR).