Dialogue Doesn’t Have to be Easy to be Effective

It had been a grueling day and we were winding down for the night. This was our semi-annual Global Learning Partners business retreat and most of the core team was gathered together for more than three intensive days of work. I admit I was a little cranky, despite the gorgeous setting on the shores of Shelter Harbor in Westerly, Rhode Island. We’d spent the day in cognitive mode and had really haggled over a lot of the details about where to take our business in the next three years. I had a headache.

“Why is it,” I asked, trying to sound genuinely curious, rather than annoyed, “that we’re in a room full of master Dialogue Educators and we’ve just had an un-dialogue day?” I went on a bit, wondering why no one had used the 8-Steps of Design to plan our time, why we’d spent so much time hashing things out in the large group rather than engaging in fun learning tasks. Being the kind people they are, no one rolled their eyes or snapped a pithy response, and that should have been my first clue that the principles and practices of Dialogue Education had never been absent from the meeting.

“Actually,” said Peter Perkins, “we have been practicing dialogue.” He and the rest of the team patiently listed the principles and practices that had been at work for us throughout the day:  respect, safety, teamwork, engagement, relevance, and sound relationships that let us get through the “groan zone” of making some tough decisions. We listened carefully to each other, checked our assumptions (often times more than once), and treated each other with a great deal of respect. “Dialogue isn’t always easy,” someone said, “but that doesn’t mean the dialogue isn’t working.”

It was one of those revelatory moments. My headache dissipated. I thanked my colleagues and friends. It was, in short, a day of exceptional dialogue. We learned a lot about each other, made amazing progress in planning GLP’s future, and spent that evening celebrating with Jane Vella for her birthday – lots of laughter, reflection, and good cheer. All the result of good dialogue! 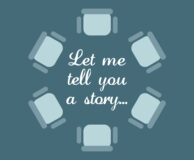 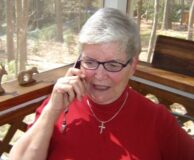